In memory of Hannu Mutka 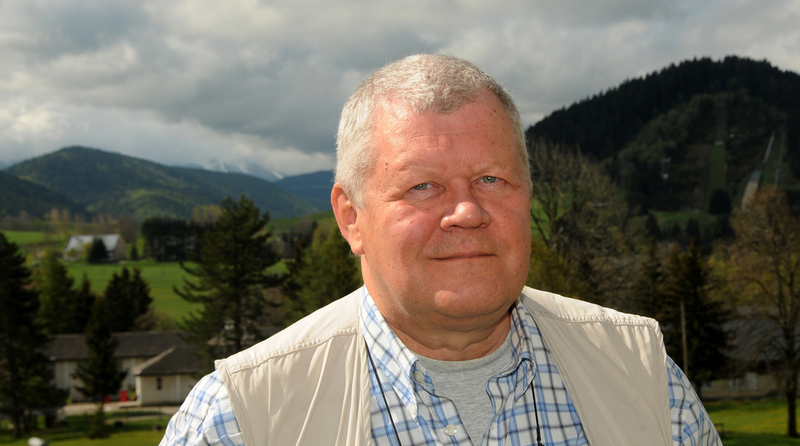 With great sadness, we have learnt that Hannu Mutka died on 25 February as a consequence of an earlier heart attack. Hannu passed away peacefully, surrounded by his close family.

As a Finnish youth, Hannu practiced downhill skiing at a semi-professional level. Selected for the Finnish national team, he therefore had to choose between a sports career and continuing his studies. He chose the latter, starting a thesis at CEA (French Atomic Energy Centre) SESI laboratory in Fontenay aux Roses in 1979, working on electronic properties of irradiation induced defects.

After his thesis he went back to Finland to work at the Technical Research Center - VTT - on the development of a neutron spectrometer, in collaboration with Gatchina (Russia). He then returned to France on a CNRS (French National Centre for Scientific Research) contract at the ‘Laboratoire d'Optique Electronique’ in Toulouse.

When he arrived at the ILL in 1986, he worked briefly on the D2B powder diffractometer, before becoming in 1993 Project Leader for the construction of IN4C, a thermal neutron, time-of-flight spectrometer. He remained on IN4 for two decades, completing the project that took the instrument from its initial horizontal axis geometry to a more conventional vertical axis geometry. ILL, in the Panther project in the Endurance upgrade programme, is currently completing a major upgrade of IN4, which is a testimony to the success of IN4 and Hannu’s major role therein.

Hannu then moved to IN5 in 2005, where he worked as an instrument scientist until the end of his scientific career in 2017, followed by his retirement in 2018. He was very interested and active in instrumentation and was involved in numerous committees, for example at ANSTO in Australia and for the ESS, the European Spallation neutron source currently being built in Sweden. Hannu’s standing in world neutron scattering meant that he was an obvious choice to become Editor of Neutron News, a post he held from 2013 to 2017. Indeed, Hannu was always ready to step up and shoulder responsibility, which included a period as interim head of the Spectroscopy group at ILL.

Hannu was a brilliant scientist. During his time at ILL, he published more than 350 articles, which have since been cited about 8000 times. His first ILL paper dates from 1988 and deals with the study of phonons in high temperature superconductors. He worked extensively in magnetic excitations in complex systems, including molecular magnets, making a range of significant contributions in this field.

Hannu trained and accompanied so many students and young scientists over the years and was considered by many of them as a mentor. He played a leading role in training future generations of scientists as Head of the ILL Graduate School and PhD programme for 7 years.

But above all, Hannu was incontestably a fantastic colleague and a remarkable human being: good fun, kind, calm and efficient - the kind of person with whom it was always very a pleasure to work.

Hannu – we will miss you.

Hannu is pictured above, during the QENS WINS workshop 2014, in Autrans. (Photo by Serge Claisse)