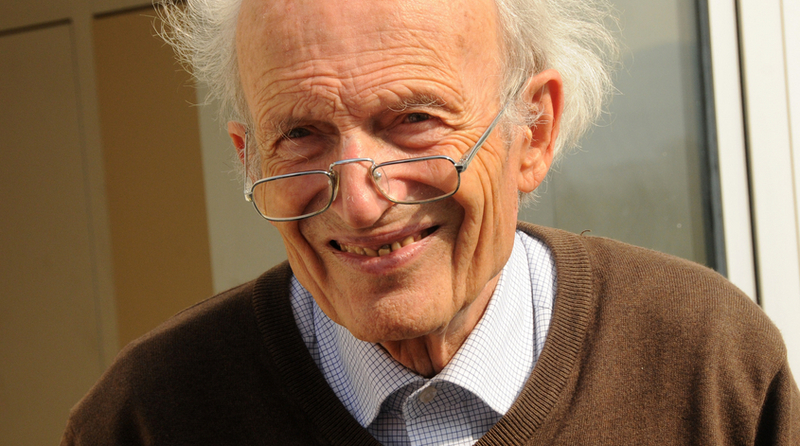 It is with great sadness that the ILL has learned of the death of Philippe Nozières, who passed away on 15 June at the age of 90.

After joining the ILL’s Theory Group in 1972, Philippe went on to head the group for many years and remained its most prominent figure. With his passing, we have lost a truly great scientist.

Philippe Nozières arrived at the ILL just as the very first experiments were getting underway, bringing to the Institute the outstanding reputation he had earned for his work on a vast array of subjects, most notably in the fields of quantum liquids and many-body theory. The Académie des Sciences, of which he became a member in 1981, pays tribute to the memory of a “pioneer in the theory of collective phenomena in physics”.

Philippe was also Professor at the Collège de France, had been a member of the American National Academy of Sciences since 1991, and was the recipient of numerous prestigious awards, including the Wolf Prize and the CNRS Gold Medal.

After studying at the École Normale Supérieure, Philippe moved to the United States, to Princeton University, where he quickly forged an international reputation. Before he had even reached the age of 25, he was already making major contributions to the physics of systems consisting of a large number of interacting particles. On his return to France, he founded a truly distinctive school of research dedicated to condensed matter physics, which he led with passion for many decades.

The ILL, which he joined in 1972, remained his research base for the rest of his career. With his distinctive ability to see a broader perspective, he always tried to bring together an international group of post-doctoral and visiting scientists actively engaged in the many areas of science where neutron experiments offer new insights.

Philippe put the ILL on the map for theorists, attracting distinguished scientists from around the world and fostering debates of the highest calibre. Without the contributions of Philippe Nozières, the scientific life of the ILL would have been very different. His influence will continue to be felt for many years to come.

The ILL would like to express its gratitude to Philippe and convey its deepest sympathy to his wife, family and friends.

The picture above was taken in 2013 by Serge Claisse.